Here’s short and fast way to make a Release APK file to submit to the Google Play store. Only 3 easy steps.

I always forget how to generate a Release APK. My usual tasks are coding features, talking to clients, going to meetings, debugging, testing for more bugs and usability, making icons and other graphic images, etc. I only generate a Release APK on at least monthly intervals, so naturally, I’m a bit forgetful.

Make sure you go to the right folder in your Ionic project first!

If you don’t have a Release APK yet, the android folder will only contain general files. If you haven’t done a ionic build android or ionic run android, you won’t have the build folder which contains Android APK files. 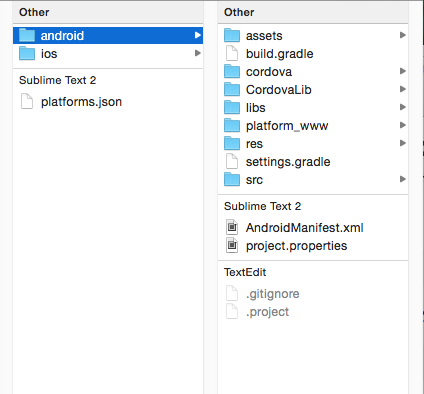 On the Terminal, type:

Replace <YourApp> with the name of your app. Don’t add the brackets. So if your app’s name is testing1, you’d type:

After entering the Keystore password, a form will show up. You must fill it up. The form looks like this: 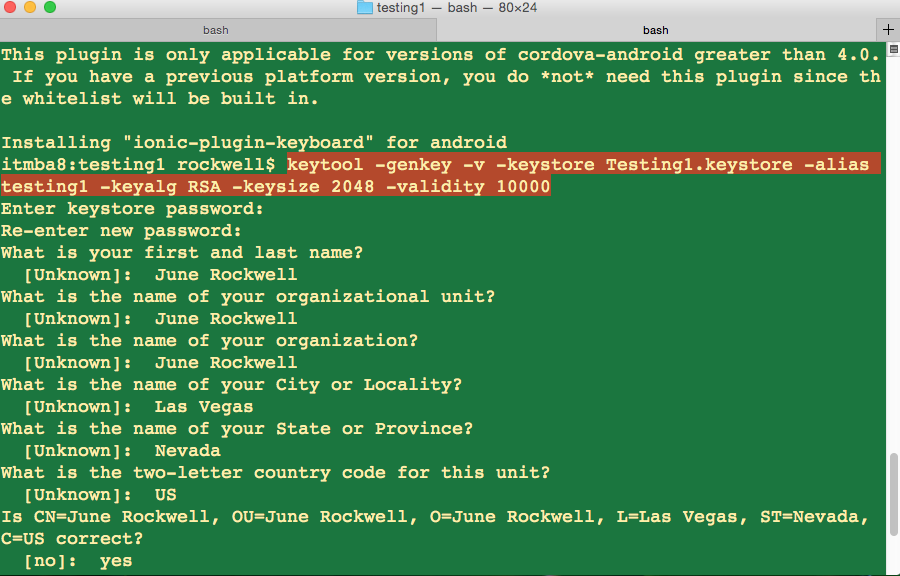 After filling out the form, you will be asked to enter another password. I suggest using the same password with the Keystore

After entering the password, you should see a <YourApp>.keystore file. The one I generated for this example is called testing1.keystore 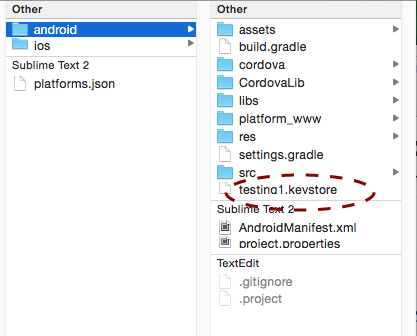 Make sure the file name is called release-signing.properties.

If you’re wondering, .properties is the extension. It’s really important that this file is named release-signing.properties.

As long as you got the release-signing.properties file and you’ve generated a <YourApp>.keystore file, you’re ready to generate the Release APK.

Go to the terminal and type:

Use Finder (Mac). Navigate to your project’s platform/android folders. In the platforms folder, you should see a build folder, if it wasn’t there before.

Go to build/outputs/apk/ and you should see the android-release.apk. That’s the file you’re going to submit to the Google Play Store. 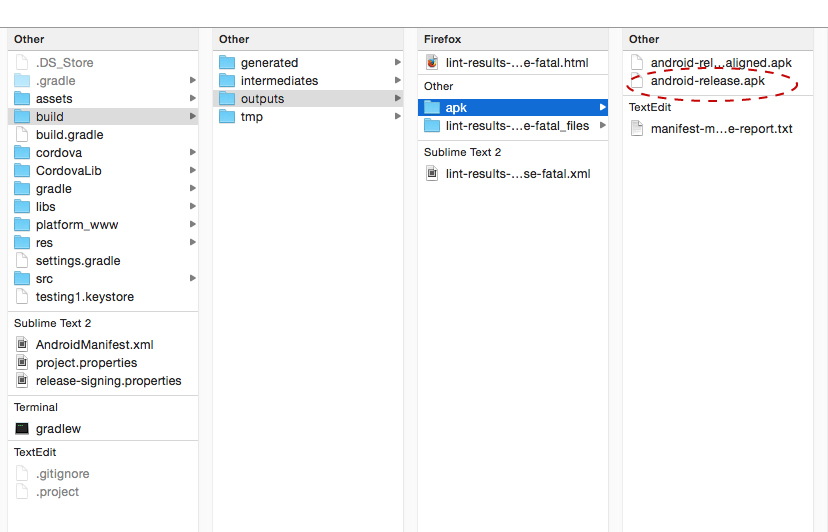 You can also look up the android-release.apk using the terminal. Just follow the path mentioned above.

Don’t loose the .keystore file that’s unique to your app. For example, if you generate an update version with a new .keystore and especially with new .properties credentials, the Google Play store will reject that version because that new version’s SHA1 fingerprint will be different from the previous version(s).

This used to be my private notes. After some thinking, I decided to share this so that I can look it up no matter where I am. Before I made this post, I actually kept forgetting this shorter way. I’ve had to keep going back to this, so making this post really helped me save time.